Despite its name suggesting otherwise, Dune II was a first – a real-time strategy game that sprang out of the box with almost every gameplay attribute and control system seen in every RTS since. In direct lineage, it was the father of the globally successful Command & Conquer franchise, in that its code was used as a basis of the first game of the series. Yet in terms of wider influence, the battles first fought out on the vibrant sands of Arrakis continue to echo through modern videogaming.

Dune II is one of the few video game boxes I keep. It’s comfortably resting in the library behind me, along with other jewels from the distant past. 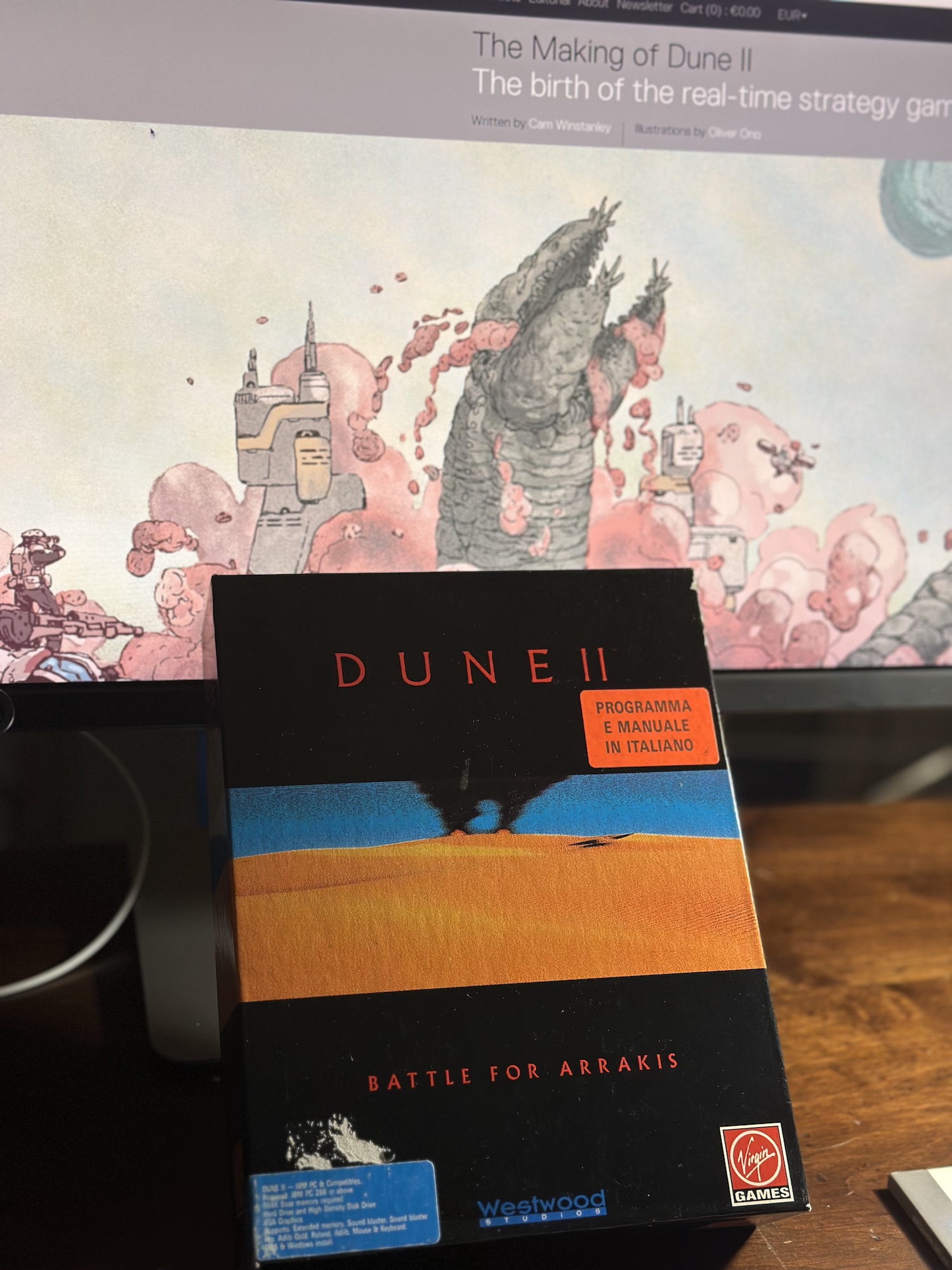 Reading the Making of Dune II took me down memory lane (via).