Like all those involved with the .NET ecosystem I’ve been slowly digesting the recent news on the whole thing going open source and cross platform. I’ve been jogging down a few notes in light of a future blog post, but then Jeremy Miller came out with his own Some Thoughts on the New .NET which is almost exactly the post I wanted to write. So when he writes: I’ve started to associate . »

Eve.NET is a simple HTTP and REST client for Web Services powered by the Eve Framework. It leverages both System.Net.HttpClient and Json.NET to provide the best possible Eve experience on the .NET platform.

Written and maintained by the same author of the Eve Framework itself, Eve.NET is delivered as a portable library (PCL) and runs seamlessly on .NET4, Mono, Xamarin.iOS, Xamarin.Android, Windows Phone 8 and Windows 8. We use Eve.NET internally to power our iOS, Web and Windows applications.

Last week I was speaking at an Open Source panel at Better Software 2014, and one of the topics that we touched was code responsibility. This is an important topic for anyone who is maintaining an open source project, especially when it comes to the process of reviewing and accepting code contributions.

At some point during the debate, I argued that when a maintainer merges a pull request, he (or she) implicitly agrees on being responsible for that code. That seemed to strike some surprise into most attendees.

Yes, in theory any contributor is just a ping away so in case trouble arises one can always reach him, or her. Unfortunately this is not always the case. While some contributors will fully embrace your project and keep helping after their initial contribution, truth is that a good number of them will just move on, never to be seen again.

There’s nothing wrong with that. Not everyone has spare time to devote to your project, which is perfectly fine. It is natural for most people to contribute what they need to a project and then go on their way. Actually, one could argue that most projects grow and prosper precisely thanks to this kind of contributions.

However this attitude can become an incumbent when big chunks of code get merged, usually as new (big) features. Good practices advice against merging huge pull requests. In fact they are rare and when they do come, it is a good idea to ask for them to be split into smaller ones. But no matter the format, a huge contribution is likely to hit a project one day or another. It might even come from more than one person: a disconnected and distributed team of contributors who have been patiently tinkering on a side branch or a fork for example. When this happens, and provided that the contribution is worth merging, the maintainer should then ask him/herself the obvious question: am I willing to deal with the consequences of this merge?

Most significant features are probably the native support for MongoDB write concern settings, new event hooks allowing for transformation of documents before they are sent to clients, increased handling of both pagination and CORS, and the native validation of float data types. Get it on PyPI, go straight to the source code or more likely, visit the project homepage. »

Your Favourite Programming Language is Not Good Enough

“Why are so many developers so very emotional when it comes to their favourite programming language? Considering that no language can (yet) magically translate the perfect idea in your head into machine code, all of them exist on a scale of badness – they all limit you more than your own thoughts or the hardware does.”

The Elements of a Clean Web Design

“Clean, simple web designs have become a popular trend. This article will cover the subject through a two-part discussion. First, we’ll talk about a few traits that clean designs tend to have in common. Secondly, I’ll share some tricks and techniques that can be helpful when trying to achieve a clean design.”

Database of HTTP status codes with their IETF and Wikipedia descriptions

Graphic designers are ruining the web

“What happens when you click on a weblink? Here’s one answer: a request goes from your computer to a server identified by the URL of the desired link. The server then locates the webpage in its files and sends it back to your browser, which then displays it on your screen. Simple.” 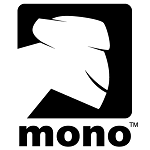