When The Digital Antiquarian released his System Shock retrospective earlier this year, I was in awe. System Shock was one of my favorite games back in the day, and yes, in the quarrel between id Software’s DOOM and Looking Glass’s System Shock, I was siding with the latter. I was so much more for immersion and storyline than shoot ‘em-ups. The Antiquarian article is excellent. If you’re into gaming history or, really, into computer’s history, I urge you to read it all.

As I read Maher’s post, I thought it would be great to fetch the original System Shock box from my sparse collection of now ancient video games and keep it by my side as I kept reading (I am known for lending myself to such romantic gestures.) I reached for the bookshelf. Microprose’s Falcon 3.0 was there along with Origin’s Ultima VII Serpent Isle and a few others, but System Shock was missing. It was released in 1994. I was 24. A lot of time has passed since then, but heck, I was sure I bought that game at the time. I have fond memories of many thrilling nights exploring the SHODAN-controlled space station. In the following days, I spent quite some time rummaging through all my belongings: bookshelves, drawers, garage shelves, even the cellar to no avail. The System Shock box was lost. Along with the careless disposal of Charlie, my Commodore 64, the loss of System Shock was one of my computer griefs.

Then, yesterday I went to visit my parents at their place. I was with Anna, my third kid. We were chatting about what sons and parents usually talk about on Christmas break when my dad mentioned that he’d been reordering stuff around the house and that I should probably take a close look at a couple of boxes he put aside for me. They contained old things from when I lived with them. I went to check on them. You never know; there might be some memorabilia like the comics or the books I used to read. Imagine my surprise when the original System Shock box surfaced out of the first box. Oh, joy! Best Dad’s Christmas present ever1. 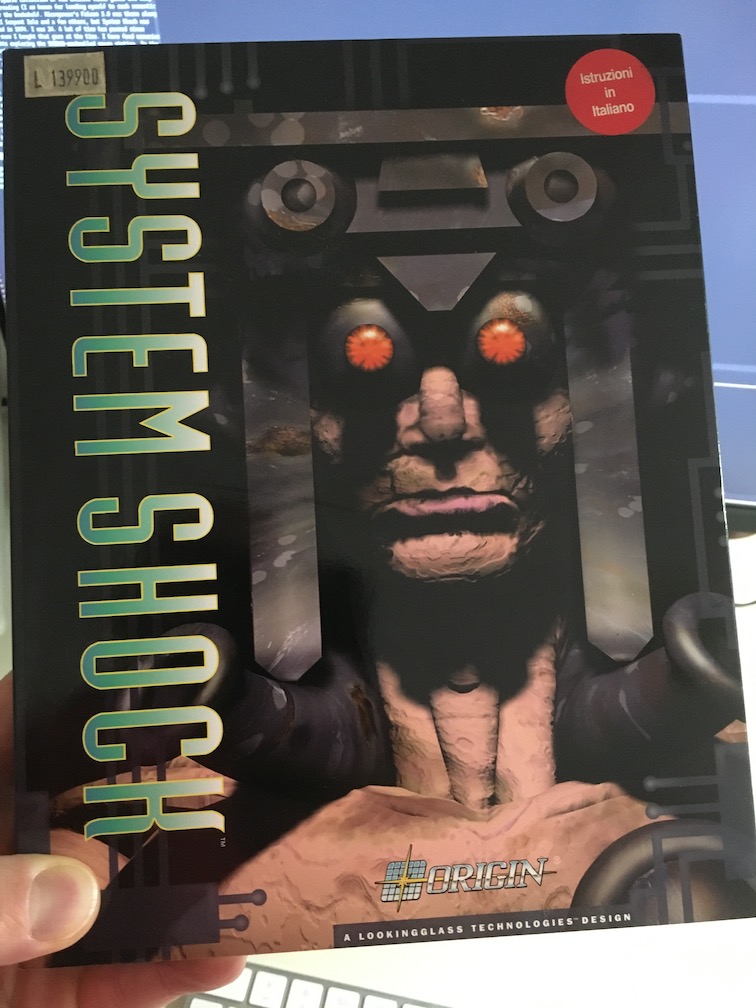 Book Review: About the Meaning of Life