If you are a grumpy old geek like me, you are probably a sucker for vintage computer games too. I don’t play games. Not anymore. I still enjoy reading about them, though. I guess it’s mostly nostalgia. I also believe that the mid-80s up to the mid-90s really was the golden age of computer games. In my book, innovation started with Infocom’s text adventures and soft-ended with Origin’s Ultima Online. After that, it’s been a constant evolution. “Harder, better, faster, stronger”, yes, but hardly a revolution.

My pusher of digital memorabilia is Jimmy Maher, also known as The Digital Antiquarian. One month ago, he wrote a fantastic article on Origin’s Ultima VIII Pagan. Then, just the other day, he doubled down with a terrific piece on Looking Glass’ System Shock. Both are games I played fervidly1.

Maher is not kind to Pagan:

But then, for the eighth game in the mainline Ultima series, Origin decided to try something just a little bit different. They made a game in which you played a thoughtless jerk moving on rails through a linear series of events; in which you never went to Britannia at all, but stayed instead on a miserable hellhole of a world called Pagan; in which you spent the whole game adventuring alone (after all, who would want to adventure with a jerk like you?); in which the core mechanics were jumping between pedestals like Super Mario and pounding your enemies over the head with your big old hammer.

It hurts to admit it, but he’s exactly right. Nonetheless, I enjoyed exploring Pagan’s world. When I later joined the Ultima Online Beta, it was amazing to see that the same graphic engine and all of Pagan’s art were recycled. 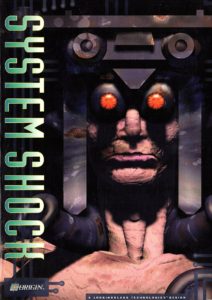 System Shock was a game I loved. I found it to be revolutionary. Games like this one were precisely the kind of entertainment I strived for: immersive simulations.

[…] Moving through said spaces, picking up bits and pieces of the horrible events which have unfolded there, quickly becomes highly unnerving. The sense of embodied realism that clings to every aspect of the game is key to the sense of genuine, oppressive fear it creates in its player. Tellingly, Looking Glass liked to call System Shock a “simulation,” even though it simulates nothing that has ever existed in the real world. The word is rather shorthand for its absolute commitment to the truth — fictional truth, yes, but truth nevertheless — of the world it drops you into.

I have always been a System Shock guy more than a DOOM person. I really like how Maher compares the two games and the software companies that produced them, more or less in the same time-span2.

In Maher’s reconstructions, what I find to be more appealing is not the games themselves with their mechanics but rather the history behind them. How the dev-team conceived and then developed their projects.

After so many years, I am thankful to Maher for bringing these two games back to memory. Now, I am impatiently waiting for his Ultima Online installment. I know it must be on his list, right?

How to add an empty directory to a Git repository