I finished reading Erebus: The Story of a Ship by Michael Palin, an excellent book on the dramatic adventures of the HMS Erebus with her sister ship, the HMS Terror, first in James Clark Ross’s Antarctic expedition of 1839-43, and then during Franklin’s ill-fated Arctic expedition in search of the Northwest Passage. I knew Michael Palin as a member of the Monty Python comedy group. As it turns out, since 1980, he has also made many travel documentaries and books.

I first became interested in these two ships’ Arctic adventure after watching the fictionalized TV series The Terror with my son Marco. As a former navy sailor myself, I appreciated how they realistically reconstructed the claustrophobic every-day life on board the Victorian age ships. However, I did not enjoy how the script soon took part from the real events, turning the story into something closer to Jurassic Park, and that’s where I stopped watching the series. 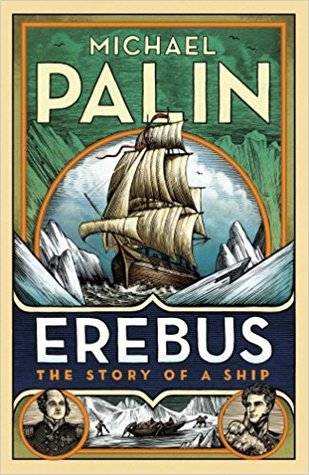 This book, instead, is incredibly well-researched and written. To help tell the story, Palin has traveled to various locations across the world – Tasmania, the Falklands, the Canadian Arctic – to search for local information and experience the terrain and the conditions that would have confronted the Erebus and her crew. For anyone interested in history, exploration and heroic tales, this is a book for you.

On the short, tormented life of Phil Katz