In my early morning stroll, I sometimes listen to audiobooks. This was the case with The Count of Monte Cristo. Rai Radio 3, the third channel of the national broadcasting service, has been airing Ad Alta Voce (Aloud) for many years. In the program, top-tier actors read old and new literary classics. The quality of these productions is astounding. Audio editions are often edited, which was the case with The Count, as the unabridged edition surpasses the 1200-page count (a little-known fact is that most printed editions are also edited for brevity). Despite the edits, the audiobook, splendidly performed by Andrea Giordana, comprises thirty-five installments, each about thirty minutes long. That makes for a lot of strolling. 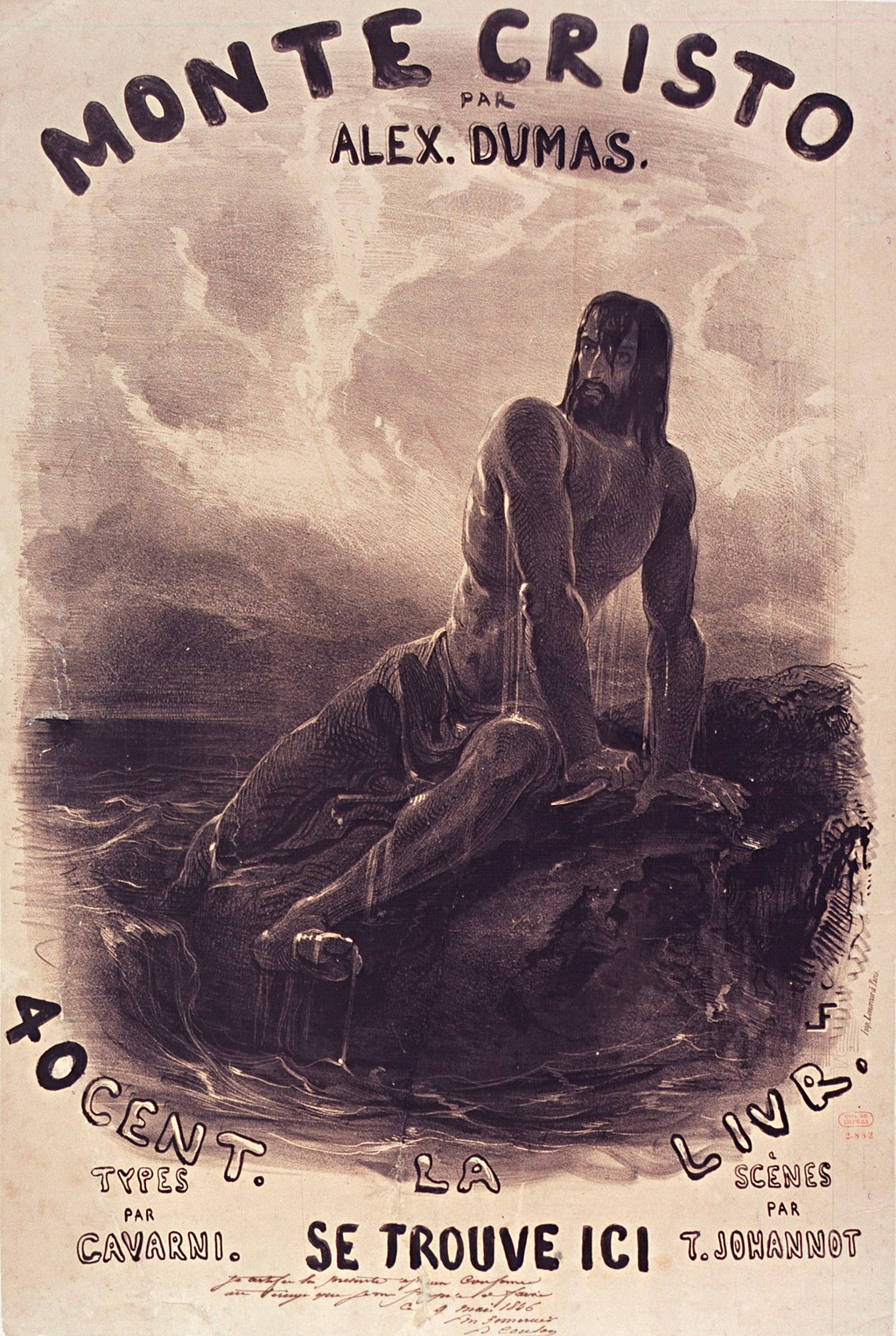 The Count was initially published in a literary magazine, in eighteen parts, from August 1844 to January 1846. Entirely attributed to Alexandre Dumas, it was also authored by Auguste Maquet; ghostwriters are not just an XX-ish century thing. According to the legend, when the publication started, Dumas didn’t know how the story would end or how it would develop. Nonetheless, it was an immediate hit that quickly became a literary classic with many film and TV adaptions and an infinite number of copycats. The story, partially based on real facts, is well known and as intriguing, captivating and entertaining as it could get for a mid-XIX century adventure novel. It helps that it is rooted in notable historical events like the Bourbon Restoration and Napoleon’s Hundred Days.

The audiobook does an excellent job at skipping the tedious parts while focusing on the main narrative but still includes many characters and events. It is sometimes hard to track them all, especially if your listening, or reading, is discontinuous, like in my case.

Critics didn’t go easy on this novel. Famously, Umberto Eco had this to say: “The Count of Monte Cristo is undoubtedly one of the most exciting novels ever written, and on the other hand, it is one of the most poorly written novels of all time and all literature.” R.L Stevenson concurs: “The first part of Monte Cristo, up to the discovery of the treasure, is a perfect piece of knockout storytelling; there has never been a man who has participated in these moving adventures without a quiver, yet Faria is a papier-mâché character and Dantès little more than a name. The sequel is but the prolongation of a mistake, dark, bloody, unnatural and stupid.”

I think I agree with both: The Count of Montecristo is rich of exciting moments, intriguing events and unexpected plot twists. Yet, the composition is often confusing (mainly in the second part) and, more importantly, too many implausible coincidences occur throughout the story. Yet, it’s a lot of entertainment. What I found more compelling, however, are its social and historical competence. I learned a lot by reading (listening to) this novel.

Being the book junkie I am, I went out and bought the unabridged tome. I can’t help it; I must possess the physical thing. The book is now happily resting in my library, and I can move on.