I tend to shy away from publishing cases, so Stoner has been resting on my yeah-maybe-one-day list for years. Over time I stumbled on notable mentions that kept the book on the fringe of my attention zone. Then one day, I read a brief and intriguing review in Giovanni Zagni’s excellent newsletter, Incertezze. Like me, Zagni suffers from the stay-away-from-editorial-cases idiosyncrasy, but he finally gave in, read the thing, reread it, and finally tagged it a modern classic. Zagni was convincing, yet it took another year before I surrendered my weapons and took the book off the shelf. I immediately realized I was in front of a beautiful book.

The New York Review of Books has this to say about the novel:

John Williams’s luminous and deeply moving novel is a work of quiet perfection. William Stoner emerges from it not only as an archetypal American but as an unlikely existential hero, standing, like a figure in a painting by Edward Hopper, in stark relief against an unforgiving world.

The protagonist is a professor of English at the University of Missouri in the first half of the twentieth century. From the outside, his life and attitude appear ordinary and dull, and that’s how most former students and colleagues may remember him. And yet, as his life unfolds in the pages, from boyhood at the dirt-poor family farm to college and then adulthood, the reader soon recognizes the William Stoner as a modern hero, incredibly resilient in the face of continued and unremitting harassment from the people and events around him. 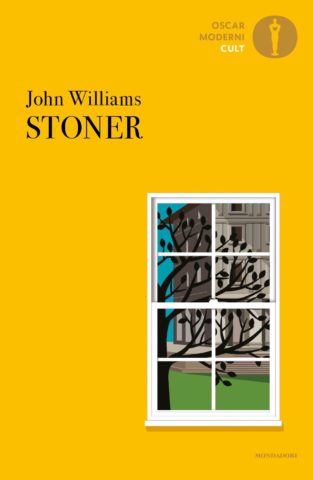 The author John Williams grew up on a small farm in Texas and had a similar escape to the University as Stoner’s. Not coincidentally, I think, the author and protagonist share resembling names. While not an autobiography, the novel is probably imbued with the author’s experiences.

Going back to Zagni’s review, his opinion is the this novel was ahead of its time, which would explain why it wasn’t an immediate hit. Indeed,I was struck by the precise and painful description of some characters’ struggles with mental issues and past abuses and how these can unintentionally affect family dynamics and persist over generations.

Stoner is a deceptively simple novel written in 1965 that tells facts of the early twentieth century, yet it has much to say to the people of the modern age.1