Nerdy prelude. Local Bulletin Board Systems (BBS) were all the range when I was a teenager. With my group of local hackers, we hacked our way into ITAPAC, the then-leading Italian packet-switching network (we are talking pre-Internet era here.) Via ITAPAC, we’d connect to so-called “out-dial systems” in the USA. From one of those, we’d finally call our target BBSes with a local call at no cost. We felt so invincible! I signed up on Channel One BBS; I think that was the name. This particular BBS was located in Cambridge, MA, and was chock-full of public domain and shareware I could download. Anyways, the SysOp sent me a postcard confirming my signup (an old-school paper postcard delivered via international postal service). Receiving a postcard from the US was exciting in itself, but what was startling was a handwritten note on the postcard. It said, “Ravenna, city of beautiful mosaics.” I was shocked that someone from Cambridge, MA, would know about my tiny, little hometown’s mosaics and let me know.

While Ravenna is relegated to a marginal role in the modern age, it played a very significant one in ancient times. Quoting from the from the backcover of the book:

In 402 AD, after invading tribes broke through the Alpine frontiers of Italy and threatened the imperial government in Milan, the young Emperor Honorius made the momentous decision to move his capital to a small, easy defendable city in the Po estuary - Ravenna. From then until 751 AD, Ravenna was first the capital of the Western Roman Empire, then that of the immense kingdom of Theoderic the Goth and finally the centre of Byzantine power in Italy. 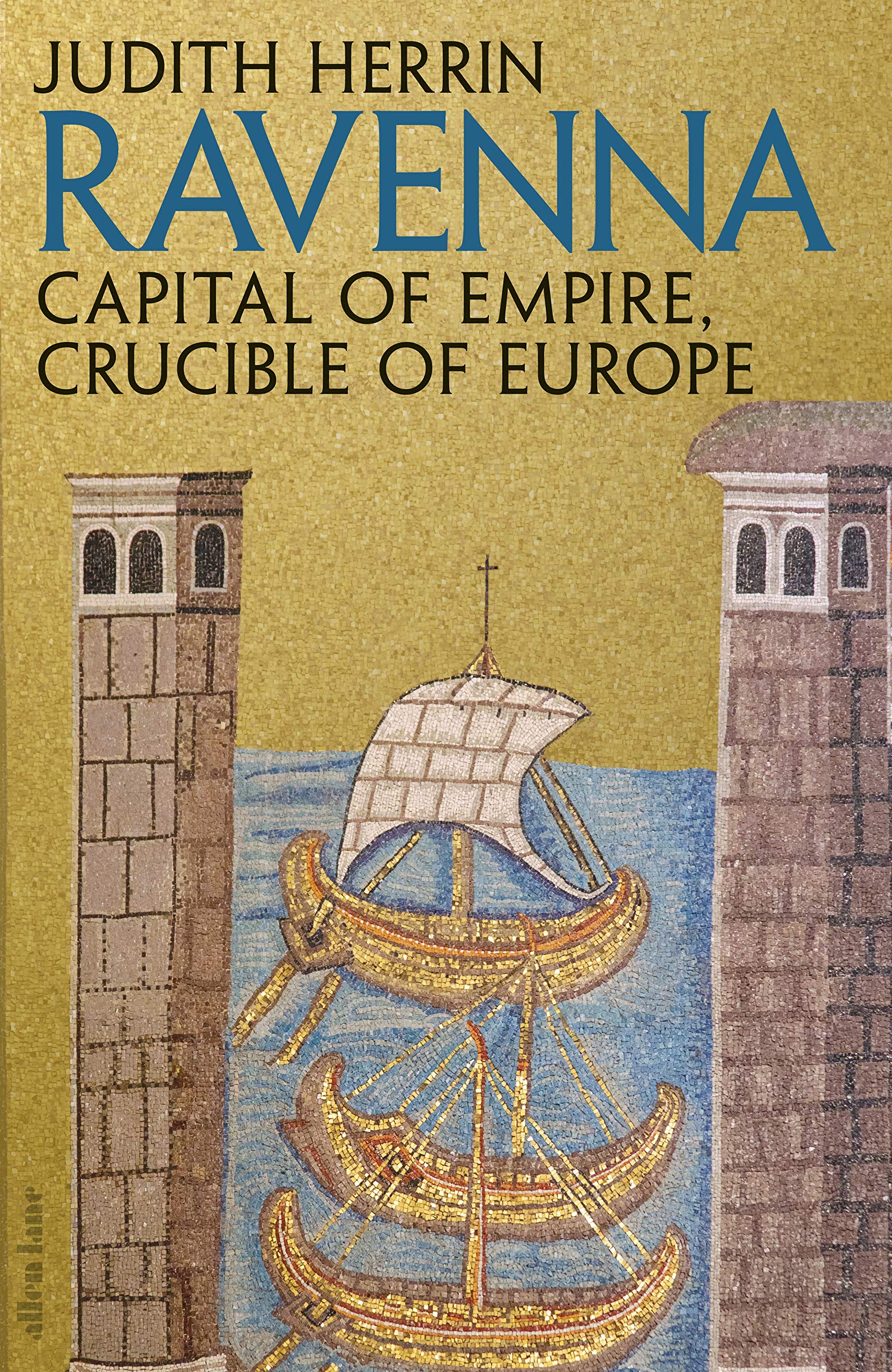 In her tome, Judith Herrin tells Ravenna’s story from its time as the capital of the Western Roman Empire to the late 8th century, when it inspired Charlemagne’s imperial and religious building projects in Aachen. This book’s 576 pages are packed with dense information. Many political, military, and spiritual characters’ in-life achievements and troubles build a complicated narrative spanning four centuries. It helps that small, titled sections within each chapter offer a palatable framework.

Herrin’s monumental work is one to be admired and respected. I was especially delighted when Pippin and his son Charlemagne came into play in the book’s final part. As I’ve read King and Emperor, A New Life of Charlemagne recently, I could merge knowledge from the two works. The flow of events that originated with the demise of the Western Roman Empire and, centuries later, led to the first glimpse of “Europe,” as we intend it today, is much clearer now.

Of Ravenna’s glorious byzantine age, only the beautiful mosaics and the baptisteries and churches containing them have survived for today’s visitors to enjoy.

‘O lone Ravenna! many a tale is told
Of thy great glories in the days of old’
–Oscar Wilde