Antoine Roquentin, the protagonist of the novel, is a former adventurer who has been living for three years in Bouville, a fictional French seaport town, researching the life of an 18th-century diplomat. During his previous life around the world, Antoine has seen many places, met many interesting people, done exciting things. For the last three years, however, he’s been alone in Bouville. He has no friends and no desire to make some or meet anyone. He’s interested in nothing, not even in his work that he keeps neglecting. His days are mostly spent walking around town, listening to conversations and observing people around him. A “sweeting sickness” he calls nausea increasingly impinges on almost everything he does and enjoys.

Something has happened to me, I can’t doubt it any more. It came as an illness does, not like an ordinary certainty, not like anything evident. It came cunningly, little by little; I felt a little strange, a little put out, that’s all. Once established it never moved, it stayed quiet, and I was able to persuade myself that nothing was the matter with me, that it was a false alarm. And now, it’s blossoming.

He has a relationship with a woman, but it is exclusively carnal: the two exchange almost no words. Selt-Taught Man, an individual who spends his time at the local library reading all books in alphabetical order, is one of his few acquaintances. When Self-Taught Man invites Antoine for lunch, he notes on his diary: “I had as much desire to eat with him as I had to hang myself.” Antoine has no interest in relationships. They take too much effort.

When you live alone you no longer know what it is to tell a story: the plausible disappears at the same time as the friends. 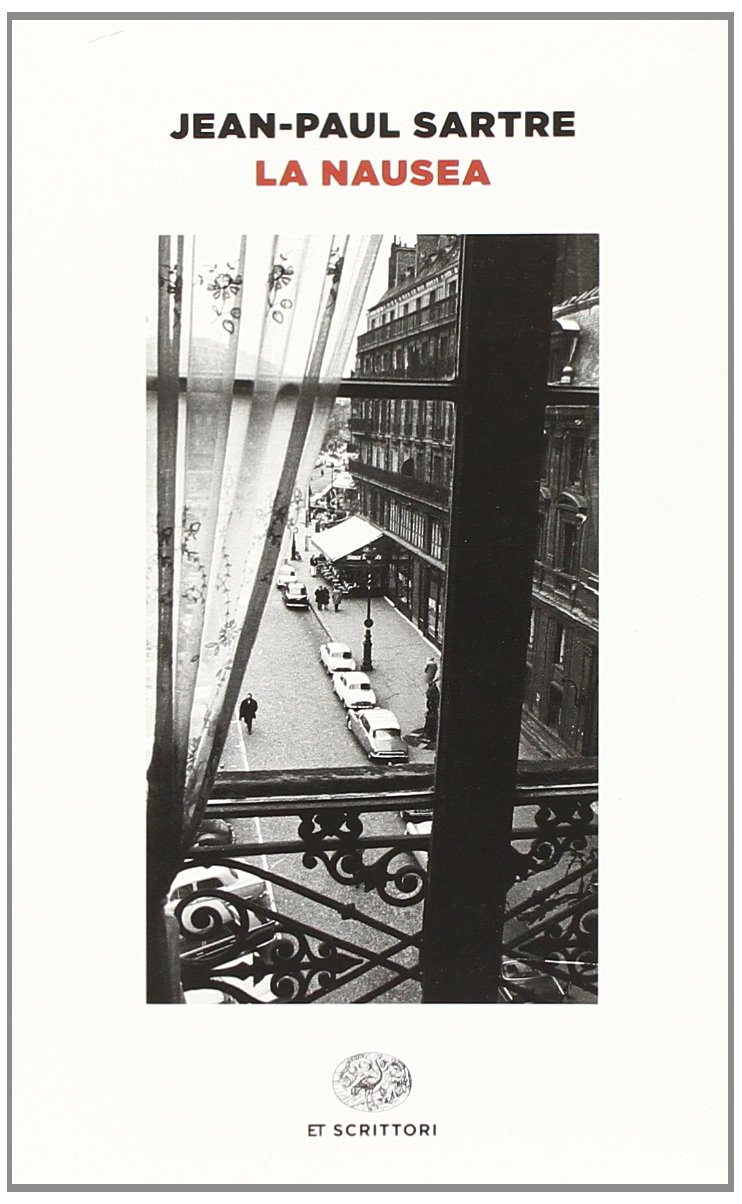 Antoine feels like he never lived but only existed. These days, we would probably call Antoine’s sickness with a different name, depression maybe. If you ever felt like Antoine, Nausea is going to be a difficult read. If you didn’t, I suspect it will be hard for you to feel any sympathy for the protagonist. Sartre writes beautifully, with razor-sharp precision. Despite his attempts to refuse it, he won the Nobel Prize in Literature in 1964. Nausea was Sartre’s debut novel, and he always considered it his best fictional work. Nausea, by Jean-Paul Sartre, is a challenging but rewarding read. I think Sartre goes straight amongst the masters at describing the human condition.

The American Style of quotation mark punctuation makes no sense