Memoirs of Hadrian and its author Marguerite Yourcenar have always induced a cautious fear in me. I fretted the tome for high literary circles, one of those texts so infused with learned quotations and obscure literary references as to be utterly indigestible to the average reader. Despite their evident reputation, I relegated the Memoirs to the bottom of my reading list for a long time. When I stumbled on another reference to Yourcenar’s work a couple of weeks ago, I finally decided to plunge and pull the Memoirs off the shelf.

It was immediately apparent that I was facing something exceptional. The memoirs are drafted by an elderly emperor Hadrian for his young friend “Mark,” the future Marcus Aurelius. Hadrian does not flinch. He tells of his many great successes but does not hide his mistakes and weaknesses. The former he points out so that his protégé can steer clear of them; the latter he investigates, not without that indulgence that every elder is entitled to.

The emperor writes of practical things: the organization of the state and turbulent provinces management (he devoted a significant part of his career to visiting the remote provinces, so much that he was criticized for being too absent from Rome), the conspiracies he foiled and the problematic management of the enormous army, with all its quarrelsome commanders and legions. But Hadrian also tells about his private life: the boundless ambition of his youth, the passion for Hellenic culture and how it influenced his reign. He writes about his fleeting loves and the relationship with the young Antinous, his only true love, tragically lost way too soon. To overcome the trauma of the loss, Hadrian does what is precluded to ordinary mortals: deifies his beloved. He establishes a cult of Antinous, which, surprisingly so in the eyes of modern man, flourishes everywhere in the vast empire, taking different forms depending on the receiving religion. Like any ordinary person, the emperor wonders about the eternal questions that plague humanity. He offers answers to some while others are left unanswered, impenetrable even to the divine emperor. 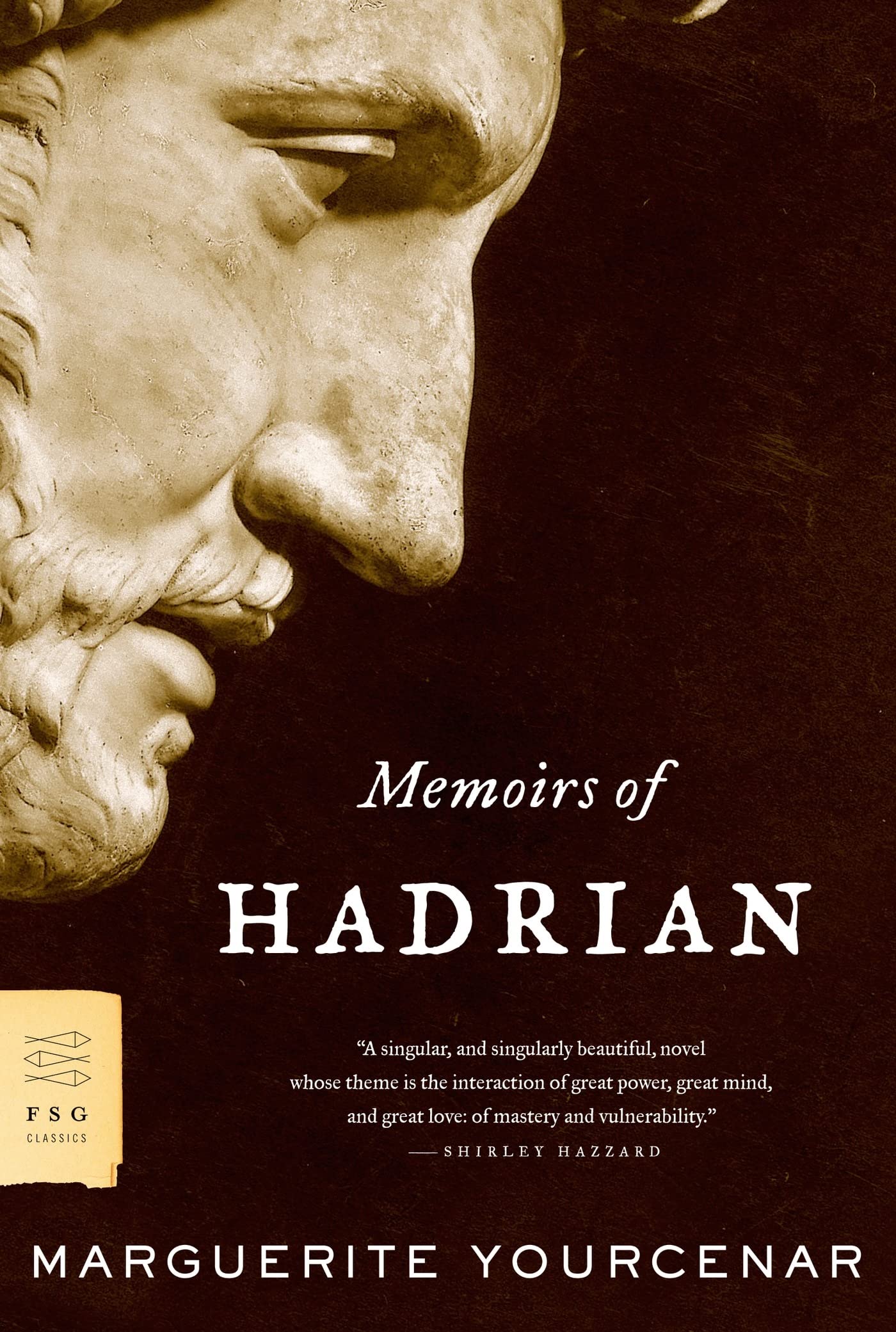 The text is compelling, intimate and full of such accurate details that I soon wondered whether what I was reading was a literary invention or a historical document. The truth lies somewhere in between. According to the sources, Hadrian did write an autobiography, but it is lost. The Memoirs is indeed a work of fiction; the result, however, of meticulous historical research carried out, between ups and downs, for thirty years. Everything that Hadrian recounts is historically attested. Where doubts exist, the author chooses the most reliable historical hypothesis, not failing at times to adjust, rehash, or add where necessary. The author’s notes, included in my edition, are invaluable in fully understanding and appreciating the amount and quality of work done. Yourcenar conceived the idea in 1924-25, when she was only 22 years old, only to publish it in 1951. Nowadays, historical novels are common but not in the early twentieth century, when the memoir letter form was probably unheard of. The result is a daring and unconventional work for the time, a high-risk publication that was instead an immediate success with both the public and the critics who acclaimed it.

My long-held fears were unfounded after all. Although with some guilty delay, this book goes straight into my all-time top ten.