I am very ignorant about the Istrian Peninsula’s history, a gap I always wanted to fill. After some research, Fulvio Tomizza’s book, Materada, surfaced as a good fit to fill this gap. It’s a semi-biographic historical novel set in the Istria of the author’s youth. Fulvio Tomizza was born in Giurizzani di Materada, Istria, in 1935. He had to go through all the torments caused in that disputed area by Fascism first (forced Italianization, cultural suppression), and then by the Second World War and the terrible events that followed: the Foibe massacres and the Istrian-Dalmatian exodus.

In the spring of 1955, in the countryside around the village of Materada, Francesco Koslovic –even his name straddles two cultures– world is falling apart. Following the Paris Peace Treaties of 1947, Istrian-Italians and Dalmatian-Italians, who have long and peacefully inhabited the area with Croatian and Slovene communities, have to choose. Abandon their homes and the hard-worked atavistic land, migrate to Italy, become Italian, or stay in a now-hostile territory. Francesco and his brother have to make the call with their families. They had a portion of their land confiscated by the Yugoslavian regime. They know the situation is dire. But this is their promised land. As they procrastinate and time goes by, most farmers around them, the friends who make their community, slowly but inevitably leave along with their families. The sense of abandonment is palpable. 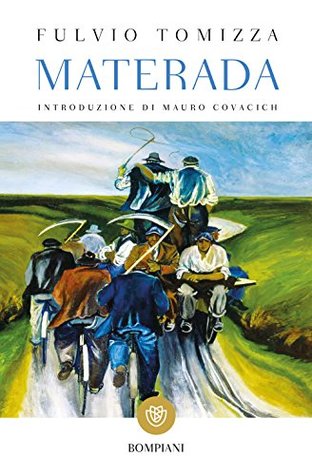 This novel tells the experience the author had to experience himself, along with his own family. He moved to Trieste in 1954. Throughout his whole life, however, he kept going back to Materada, to his roots. Writing this tale must have been a cathartic effort. Initially, I had a hard time connecting with the story. That happened, I think, precisely because of my ignorance about surrounding historical events. Materada was a great, painful, worthwhile read.

My Pusher of Digital Memorabilia