In 1982, at just twenty-three years old and halfway through her architectural studies, Elspeth Beard left her family and friends in London and set off on a 35,000-mile solo adventure around the world on her 1974 BMW R60/6.

Exhausted by a recent breakup and with only a few savings scraped together from her job in a pub, a tent, a few clothes and some tools, all packed on the back of her bike, she was determined to prove herself.

After almost two and a half years, she returned to London, having lost much weight but wiser by decades. She had ridden through unforgiving landscapes and war-torn countries and witnessed civil uprisings that forced her to forge documents. She had fended off multiple sexual attacks, biker gangs, and corrupt police convinced she was a drug dealer. She had survived life-threatening illnesses, personal losses, and brutal accidents that left permanent scars and a black hole in her memory. She had also fallen in love with two very different men. 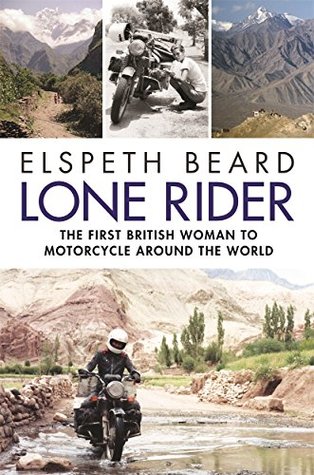 This book is an absorbing account of a true adventure, not just a motorcycle adventure, lived by a woman of exceptional character, strength, tenacity and resilience.

Today it seems incredible that at the time, no one was interested in this story and that thirty years had to pass before it was published. Distance in time is sometimes felt, especially in the lack of details or how some parts of the journey are glossed over. Fortunately, Beard kept an accurate diary, on which she drew heavily. The result is, in any case, 336 compelling pages, well worth reading.