In this introduction to classical music, Jan Swafford explains the different musical periods and their differences. Each period has its introductory chapter, followed by chapters dedicated to the most influential composers of the era. The choice is comprehensive and well cared for, with the most relevant names well-investigated both in biography and works. For each composer, Swafford also offers some listening suggestions. Biographies thicken as we get into the contemporary era. Here, some are limited to just a page or two while others, obviously those of the author’s preferred composers, remain as thorough as those of the older periods.

The introductory chapters to various musical eras (Baroque, Classical, Romantic, Modernism and beyond) were, for me, the most interesting ones. In these chapters, Swafford explains the changes in society, technology and taste that influenced the musical styles, themselves a revelation of the spirit of the time. In this sense, Language of the Spirit is not just a classical music book but also a historical essay, often sharp and full of intriguing information on the periods crossed.

The author’s effort in using simple language, understandable even to the uninitiated, is evident, and the goal is well achieved, for the most part. Sometimes, however, albeit very rarely, it goes into the technical, where someone like me, who lacks a solid background, might struggle. 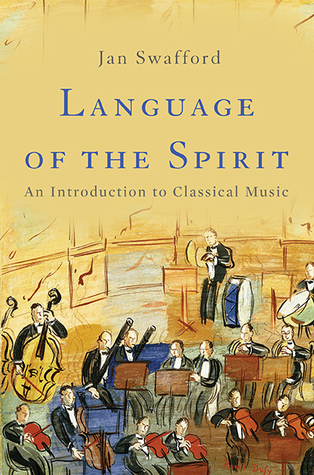 The recommended listenings are excellent. For every single one, I wanted to stop reading and listen to it. That’s the approach recommended by the author, but I never managed, too eager to finish the chapter. I then tried to make a Spotify playlist out of them, failing miserably because of my pedantry; I only wanted the suggested executions, often missing on Spotify.

Language of the Spirit is a recommended introduction to classical music and its history. It allows the reader to collect a phenomenal list of composers and their works while, at the same time, delving into the momentous changes faced by (mainly European) society over the last few centuries.

Book Review: King and Emperor, A New Life of Charlemagne

I met with the wolves