Of all the stories of maritime adventures I’ve read, that of the Endurance, masterfully told by Alfred Lansing in this book, is the most incredible and shocking. Unbelievable to say, given the premise (a crew of 28 men stranded on the Antarctic pack, camped on floating slabs of ice hundreds of miles from any human settlement, at the gates of the Antarctic winter), but the story does not end in tragedy. The original expedition failed, but what followed the capture of Endurance (never was the name of a ship more prophetic) by the Antarctic ice borders on the impossible, if not the miraculous.

The merits of the expedition leader, Sir Ernest Shackleton, are, of course, spectacular. Every decision he made and his care in leading the crew during that year and a half of unspeakable suffering, sacrifice and hardship led them all to safety. There was no shortage of hotheads and slackers, which made the successful outcome even more impressive. Shackleton himself was not a saint. For the sake of fame, success and money, he planned an expedition that had very little chance of success, in which death was by far the most probable result. And yet, he planned every detail with great care, never doubting the final victory. More than anything else, what is surprising in this story is that no saviour finally came to rescue the crew. They saved themselves. After more than a year camped on drifting ice floes, driven by sea currents and Antarctic winds, they finally landed on the deserted and unforgiving Elephant isle. Shackleton once again had to take to the sea, leaving most of his men behind, to cross the terrible Drake Channel on little more than an open lifeboat. This one feature alone, the victorious crossing of the world-renown troubled waters of Drake Channel on a lifeboat, was something never attempted before, nor ever repeated afterwards, and would have been enough for history books. Once miraculously landed in South Georgia, Shackleton and his men were not done yet. They had to cross snow-capped mountains never before touched by man to reach an outpost of whale fishers and finally set sail in a ship to return to retrieve the men marooned on Elephant Island. 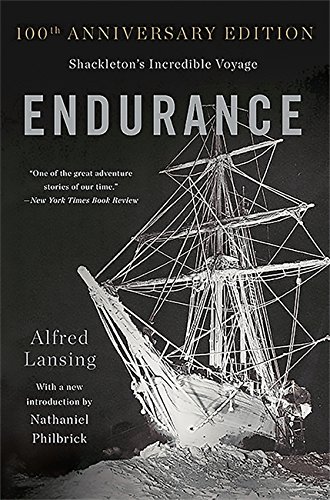 Every moment of this story feels like an epic, fictional movie, but it’s not. It is reality as experienced firsthand by actual human beings. Alfred Lansing has reconstructed all these events with great care, drawing mainly on the many diaries kept by the crew, Shackleton himself included, and interviewing the few survivors still alive. Lansing’s work is precise, methodical, careful. Still, the result is always smooth and at the same time dry, never yielding to hyperbole or exaltation, always close to the facts, which on the other hand, certainly do not need enrichment. A fantastic story, beautifully told.

Chet Baker, born to be cool