Volker Ullrich’s Eight Days in May describes the period from April 30, 1945, the day of Hitler’s suicide, to May 8, the day of signing the German capitulation, with significant jumps backwards in time and some hops in the future. We’re covering only eight days, and the dictator dies on day one. What essential events might ever have happened in such a short period? Well, many pivotal ones, as this well-researched work shows us.

The book is merciless towards Hitler’s heirs and not accommodating at all towards Germans of that age in general. Reading the behaviors and things said in those days is gruesome. Under track are the horrible consequences of war and concentration camps. The resulting picture is that of the supreme horrors and mistakes that humanity can reach.

The text focuses on the protagonists of those days, the Nazi hierarchs (not just the most infamously well known) and their Allies and Red Army counterparts. There are few notable exceptions, like the story of Marlene Dietrich, already a Hollywood star, who served as an American army officer and returned to Germany to look for her sister lost in the fog of war. To her dismay, she found that her sister had prospered, cooperating and taking advance of the Nazi regime. Marlene bought her sisters’ silence, and for the rest of her life, fiercely negated the very own existence of a sister.

I found the part on the German population and its shocked, instinctive reaction to the regime’s fall particularly informative. The immediate turncoat of most, along with the lying denial of knowing anything about the atrocities.The disturbing (George Orwell’s word), immediate sympathy for the Allies. Also, the eulogy for the few who courageously conducted a desperate, clandestine and seemingly hopeless resistance within the Reich. It is especially relevant that the author is German. 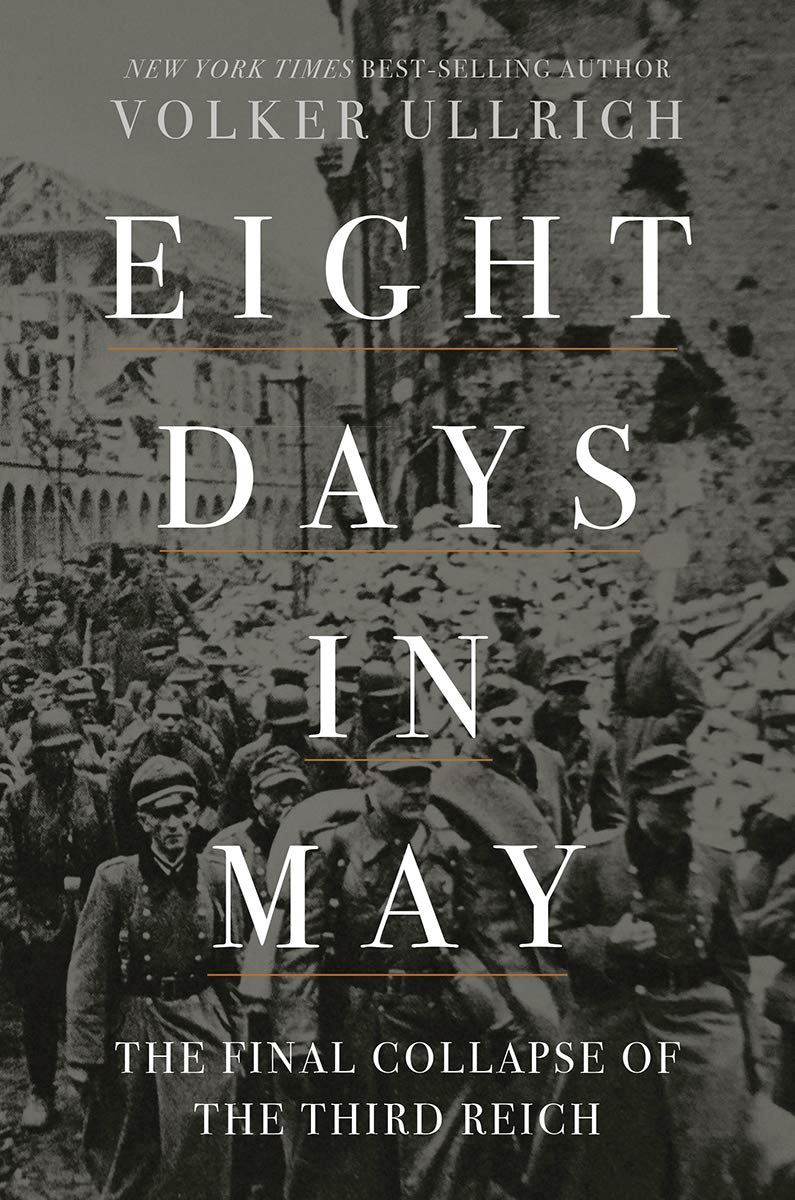 This book leaves me stunned. It is always painful to read about that historical period. The millions of deaths. The suffering. The atrocities. We need to keep going back, walk the way over and over, never to forget, never to repeat. To that end, Eight Days in May is a book everyone should read.

By May 8, 1945, Germany was a humiliated, devastated country. Most major cities were annihilated, the economy had collapsed, and millions of people were reduced to hunger. The contrast with today’s Germany is mind-blowing. With the help of the winning countries, sure, but predominantly and undoubtedly thanks to grit and desire for rebirth, Germany resurged from the catastrophe as a modern country and a sought-out model for democracy, economy, justice, and reception of diverse cultures.

The Internet is Rotting